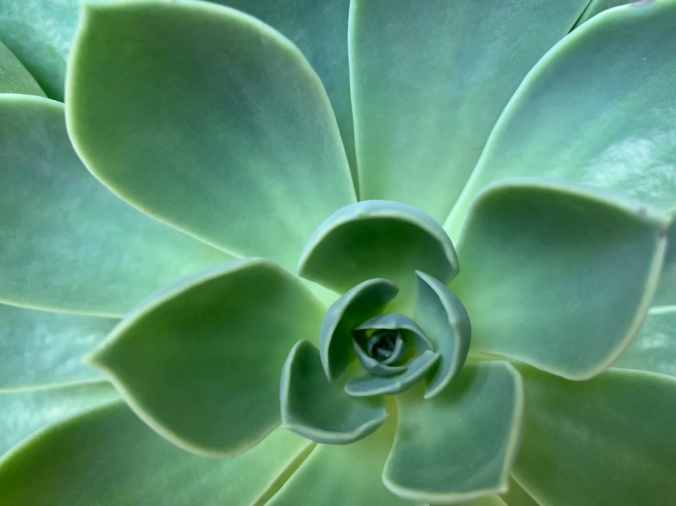 I usually feel it first behind my right eye. I suppose it could be described as an ominous little nag of ache on the back of my eyeball when I blink. I wouldn’t quite call it a headache yet, but it’s definitely got a foreboding feeling. Partly because I know it’s not normal, but mostly because that awful voice of experience is screaming its warning out to me of an impending sucker punch.

But then sometimes – just for a fun little smack of randomness to throw Debi even more ridiculously off kilter – this nag will simply disappear and life will continue to move forward in that lovely rhythm of everyday normalness.

So when I felt this ache yesterday morning with my first waking blinks, it was this hope of “sometimes” that drove me straight from my bed to the bathroom sink to quickly guzzle down some water. Maybe I was just dehydrated.

It was this hope that then sent me and my persistently achey eyeball to the closet for my scrubs and compression socks.

It was also this hope that then helped me eat and get that coffee down because we all know that food and caffeine can pretty much help anything.

And it was definitely this hope – that was admittedly starting to slip just a little bit as the ache started turning into a throb – compelling me to tuck those migraine pills into my pocket before heading out the door. Just in case I needed them later in the day.

But it was actually driving to the hospital through that early morning darkness that told me that this hope of “sometimes” obviously wasn’t going to happen this time and I’d better just go ahead and take those darn pills before I even got out of the car. Maybe, just maybe they’ll work before the pain gets too much worse.

But not this time.

By the time I got upstairs to my unit I just wanted to cry. But I didn’t. Instead I just plastered that smile on my face, walked to the nurses’ station, and picked up my assignment for the day.

Just keep moving, Debi. Keep hoping. Just take care of your people. Think about THEM. Not the pain and queasies. Not the brightness of the lights. Not all the obnoxious phones and beeps. You’re here for a reason today – just do what you can.

Well … I don’t really know where to go with this from here, except to tell you that it was a long, rough day. Just like so many others. The headache continued to grow worse, though, and honestly it still holds me hostage today as I sit here and try to untangle this mess of thoughts. My apologies to anyone who’s trying to make sense of them.

Late last night when I finally made it back home, I sat there wishing I could’ve just left all my pain at the hospital that day, as easily as I had clocked out and walked away from the chaos of my shift. But it followed me right back home again – just like it always, always does. Stupid Lupus.

But then I sat there thinking about my patients. I had had eight of them over the course of that very long day and every, single one of them was fighting a battle of their own. Some had improved and I was able to send them home. Others were just beginning a fight that they didn’t even understand yet. And a few we already knew were not going to win.

I kept thinking about those five who at that moment still laid in those hospital beds – I was picturing their care that was still going on even though I was at home. That care never, ever stops. We just pass the baton on to the next shift. And the next.

But I could see all their faces and hear their voices – tidbits of conversations started coming back to me through my fog.

And suddenly I wanted to cry again.

I had held in the tears of my illness all day long, but there was no holding them back now because I had just realized how beautiful my day had actually been. In spite of the chaos. In spite of my pain.

I didn’t realize it as the day was unfolding, but God had allowed me the time to have rare, precious moments of true connection with all eight of my patients that day. Moments where time essentially stood still. The phone was silent, eyes were allowed to meet, and words of comfort were actually spoken and received.

I don’t think that’s ever happened to me before. Not with every, single patient.

This day had not been like so many others where you felt like you were just whacked around like a dirty tennis ball for 12+ hours straight. I suddenly had the assurance that I had actually helped eight people that day.

We get so discouraged as nurses. We not only feel useless at times, we leave pretty much every day battered and bruised from all the cumulative pressures, as well as the weight of responsibility we bear. This darkens us, tires us, defeats us.

But yesterday reminded me that there are those rare times … those “sometimes” … when the best things actually DO happen. Maybe you go to work and have an EASY day for a change. Or maybe a headache stops before it ever really starts. Or maybe it doesn’t … maybe the pain chokes you for days … but it also teaches you that sometimes the best things are still happening, anyways. We just have to notice.

Be encouraged and keep hoping, my friends.

“Why are you downcast, O my soul? Why so disturbed within me? Put your hope in God for I will yet praise him, my Savior.” (Psalm 42:5)

“Do you not know? Have you not heard? The Lord is the everlasting God, the Creator of the ends of the earth. He will not grow tired or weary, and his understanding no one can fathom.  He gives strength to the weary and increases the power of the weak. Even youths grow tired and weary, and young men stumble and fall;  but those who hope in the Lord will renew their strength. They will soar on wings like eagles; they will run and not grow weary, they will walk and not be faint.” (Isaiah 40:28-31)

2 thoughts on “On hoping for sometimes.”