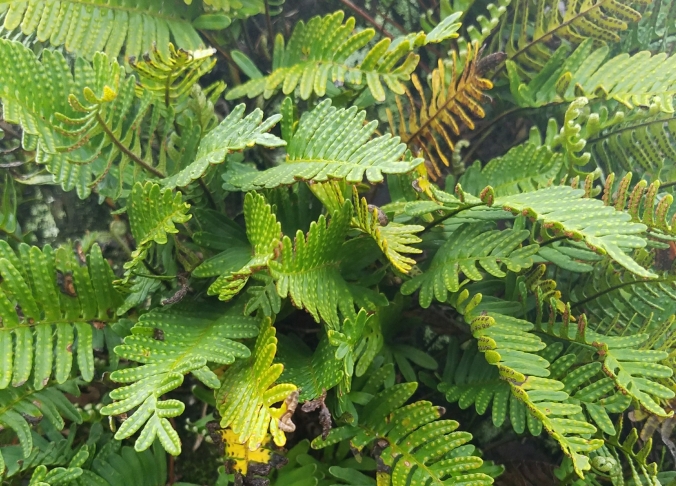 I saw him watching me in the hallway a few months ago. I smiled at him as I hurried past, busy trying to finish up before shift change. For some reason, I felt compelled to stop and look back at him again. He was still standing there, still smiling. His gaze was knowing. Familiar. And his eyes were twinkling as he watched the recognition struggling within me.

I couldn’t figure out who he was, but it was becoming pretty obvious that he was someone I should remember.

Since he was standing there in a hospital gown, it seemed logical to wonder if he’d been a patient of mine before? He nodded and just kept smiling.

I remembered him now – I had taken care of him multiple times in the past. And, quite honestly, he had never been very pleasant to care for. But this guy standing in front of me now looked different somehow. Something had changed. Had he lost weight?

He must’ve been reading my thoughts because he then smiled at me and said, “I finally quit”.

By that smile, I knew instantly what he meant.

He was just sick of it all. Finally.

So he had checked himself into rehab to kick his opioid addiction. With it now being months after his release, he told me that he was a changed man. He had finally been able to walk away from that hellhole prison he’d been living in for so long.

Now, believe me … I may be optimistic, but I’m no dummy.

This guy could be looking me straight in the eye and totally feeding me a line about all of this. That’s what addicts do, and we see it all the time in the hospital. I’ve even written about this before. They will say whatever they think will work.

But I can see that his eyes have changed. That’s what’s different about him. That’s why I had trouble recognizing him. Those eyes that had always been dulled by his demons are now earnest with hope. And dancing with pride, and a newfound excitement.

Yep, even if his story is not quite the entire truth, his eyes are saying that at least that desire is finally there. That’s a big change from the patient I had treated before. That guy had always just wanted more. And then, even when he got it, he just stayed angry. For more.

This is progress, for sure. And, true story or not, for that one moment standing in the middle of that busy hospital hallway, Nurse Debi was very, very encouraged.

We see so much brokenness as nurses … we’re surrounded by broken bodies, broken minds, broken hearts, broken lives … it weighs us down sometimes. How refreshing to see progress. How delightful to witness hope.

How amazing to watch a man who I’ve only seen curled up into a tight, tense ball in a hospital bed, now walking down the hall, standing tall, looking me straight in the eye.

If you think about it, please join me in praying for this patient – I can’t get him out of my mind. This is a lifelong daily battle he’s fighting. And only God knows how true his recovery actually was. And only God knows if he’s still even trying anymore.

But I know he needs help. Just like we all need help. I’m pretty certain that he’s struggling against his demons alone. We’re all guilty of this at times, aren’t we? Struggling on our own? Yes, we are.

That same Jesus who walked this earth with us knows our struggles. He lived them firsthand. But He is also the one who can pick up all those broken pieces of our past fumbles, and put them back together into something beautiful, whole, and absolutely overflowing with eternal hope. He’s the one who can do this.

This song below by Jason Gray is another of my favorites – it reminds me of this patient. It reminds me of me. Please give it a listen – no matter what we’ve done, what we’re going through – He’s absolutely not done with us yet. Be encouraged, my friends. Be encouraged.

“When Jesus saw him lying there and learned that he had been in this condition for a long time, he asked him, ‘Do you want to get well?’” (John 5:6)

2 thoughts on “When not very pleasant finally quits.”